Luckily none of our mistakes have been disastrous in terms of the general health of the house (I’d say it still needs a flu jab and maybe some IV morphine) but our budget certainly would’ve stretched further if we’d had some extra knowledge under our belts. I decided to start a new series of posts covering our f**k ups, stuff we wished we had/hadn’t done and things we wish we’d known in the hope that it may help someone out there (you?!) out at some stage.

The first post in the series relates to the different trades you’ll no doubt need to bring in when undertaking a complete renovation. I’ve chosen this as the first topic because it affects almost anyone working on any project in the home and is certainly where the lessons we’ve learnt have had the most impact, financial and otherwise.

END_OF_DOCUMENT_TOKEN_TO_BE_REPLACED

So, once again, I have left it months between this and my last post. “New Year, New Me” and all that garb…not so much.

I’ll start with an apology… The blog got lost somewhere in the rush of moving house and starting a new job at the back end of 2016. We were also on holiday for most of December instead of using the money for flooring downstairs (#sorrynotsorry, but don’t worry because karma is a bitch – I keep ripping my socks on the nails in our withered rotten floorboards).

In November last year, I was at breaking point with the house. We were living in our bedroom which was also doubling as a kitchen, lounge, office and utility room, we had no heating and zero money (I mean zero, like actually minus). It was at this point I wrote my last Five Favourites feature; a tongue in cheek look at the lows and lows of living in a renovation project.

Since that point, things have improved. We have a lounge with actual real life sofas and a kitchen with working cooking appliances and sink. Luxury. Most of this stuff is temporary until we recoup some money, but it has made life so much rosier.

And so here, just sneaking into January, is this month’s Five Favourites feature. Living in a Renovation – Take Two; a more positive take on the joys of living in a renovation and renovating in general.

END_OF_DOCUMENT_TOKEN_TO_BE_REPLACED

Just a quick post on this, but one I thought may prove useful for some.

When you’ve plastered your whole house, the next costly activity (wow, they come thick and fast) is painting it all, and it tends to be something you don’t really think about when budgeting (or we didn’t, maybe we were naive). 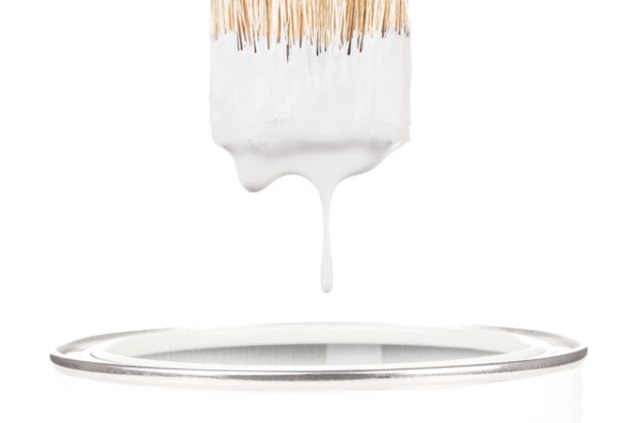 Obviously there are some cheap options on the market, like this B&Q Matt Emulsion coming in at £0.99 per litre. However, it is so important you don’t just look at price – you can waste money and time with a cheap paint like this, just read the reviews!

Anyway, the point of this post is mainly to recommend a great eBay find we came across that has worked wonders for us. Buying a pallet of Leyland Trade Contract Matt Emulsion (12 tubs/120 litres) has worked out great value and it has been brilliant for everything, including watering down for a mist coat. Buying in this quantity means it only works out a little more than B&Q’s own brand at £1.25 per litre (FYI the Valspar equivalent comes at £2.54 per litre!) and is incomparable in quality.

END_OF_DOCUMENT_TOKEN_TO_BE_REPLACED

We moved in just over three weeks ago (bloody hell, is that all?!) so I thought this month’s Five Favourites should be based around the trials and tribulations that have made those three weeks feel more like three years.

And we know it’s going to get worse before it gets better.

Anyway, these are my Five Favourite (FYI sarcasm, just in case) things about living in a renovation. END_OF_DOCUMENT_TOKEN_TO_BE_REPLACED Our Master Bathroom is complete, with the exception of a few finishing touches (like a mirror, which I guess is an essential), but I’m excited to have a room that feels semi-finished so have jumped the gun a little with the blog post.

Also important to note may be the fact that our Master Bathroom is actually smaller than our En Suite. Being a small room and a bathroom that is going to get very little use as it is just the two of us, we wanted to come up with something that we’d be really pleased with but wasn’t going to absorb a huge chunk of our budget.

I’ll give a run down on the bathroom as a whole, let you see some pictures and end with a breakdown of the overall cost.  END_OF_DOCUMENT_TOKEN_TO_BE_REPLACED 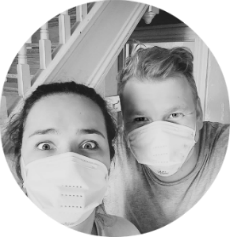